Types of Unconscious Bias in Hiring

The field of psychology has drastic implications for talent acquisition and retention. Psychology is the study of why people do what they do – in essence, what makes people tick. There are certain motivations and fallacies common to much of the population. In many cases, it affects what we say and do.

A cognitive bias is a flaw in judgment. There are dozens of cognitive biases, many of which you are probably familiar with. Think about a coin toss that comes up heads ten times in a row. There’s still a 50% chance that the next flip will be tails – even though it seems unlikely. If you’ve already spent money on something, like an all-you-can-eat buffet, you might gorge yourself to ensure you ‘get your money’s worth.’ This is the sunk cost fallacy. You’ve spent the same amount regardless of how much you eat.

Hiring bias has much more important implications than the examples above. Gender and racial hiring bias are most frequently mentioned, but there are other types of cognitive biases you might be falling victim to. The first step to overcoming a bias is knowing that it might exist.

We all know that first impressions matter. Part of this is because of the halo effect. Once we have a favorable opinion of someone, it takes a lot to change our minds. Another element of the halo effect is the idea that because a person excels in one area, he or she will also excel in others. We might assume that because someone is an excellent public speaker and is especially talented in his field, he will also make a good group leader. In reality, these skills don’t necessarily influence each other.

A recruiter might read through dozens of resumes. One candidate looks particularly good “on paper.” When that person comes in for an interview, the recruiter may be more likely to overlook obvious flaws; say, the person doesn’t make eye contact or is inarticulate or incompetent. If you expect someone to be something – whether that’s good or bad – he or she is likely to fulfill those expectations.

Confirmation bias is the tendency to seek out information that validates your current opinion. For example, people who tune into Rush Limbaugh or Glenn Beck are typically more conservative. These pundits espouse beliefs that are congruent with the conservative mindset. As a hiring bias, confirmation bias can be seen in the tendency to focus only on the aspects of a person that coincide with the recruiter’s pre-established thoughts on the candidate.

Anchoring is a hiring bias in which the recruiter or hiring manager fixates on one piece of information, giving it more weight than it deserves. Say, for example, you have a candidate who went to Harvard, or who is president of the local Mensa Society. Even if the candidate isn’t the best for the job, it may be tempting to overlook his or her flaws because “She’s in Mensa!” or “He went to Harvard!”

This is a tough one for managers who are hiring employees to join their team. The social comparison bias is the tendency to dislike or feel competitive with others who may have the same kinds of skills. For example, if you’re widely seen as the company’s expert in a certain software program, you’ll feel reluctant to hire someone whose skills meet or exceed your own. Research has shown that this is a relatively common phenomenon, so it’s a hiring bias you’ll want to consciously avoid.

Ingroup bias is the tendency to favor people who are similar to oneself, or who are part of the same “group.” It’s an interesting hiring bias because in some cases, like sexism or racism, it’s blatantly seen as wrong. But there are less obvious examples of ingroup bias. Some hiring managers, for example, might look more favorably on fellow alumni. You may feel a sense of camaraderie and kinship with a candidate who participated in the same fraternity or sorority that you joined in school. There are several types of ingroups, but any kind of favoritism based on this is a hiring bias that could negatively impact your hiring decisions.

While this type of bias may not directly affect your candidates, it can certainly draw out the hiring process. Shared information bias is the tendency for members of a group to discuss information that everybody is already aware of, rather than focusing on hidden information that is only available to some. For example, if one interviewer notices an irritating quality in a candidate, he or she should share this with the group – even if it doesn’t seem relevant. Don’t focus on just making a decision. The process is important, too.

Do you know how to recruit in a way that will avoid this? Awareness of these kinds of hiring biases is critical. Many publications have recently suggested that automated intelligence is the solution for removing (or at least significantly decreasing) hiring bias. An applicant tracking system can show or hide certain aspects of a candidate’s profile that you don’t want to consider. You can decrease the shared information bias, since everyone keeps notes in a central location. Hiring bias doesn’t have to be an insurmountable problem. Learn about more tips for avoiding hiring bias here. 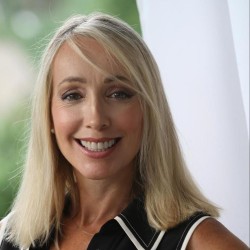